Windstar will operate three itineraries in Alaska from May to August in 2018. With longer 11-, 12- and 14-day itineraries you will not only 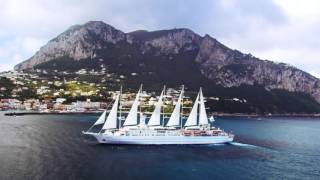 Do you like cruising? How about sailing? Want to get up close to remote coves and harbors that massive ships can't? Do you like being pampered? Would you like to feel like you are sailing on your own yacht? How about being pampered at a Private Event in an exotic location? If you answered "Yes" to any of these questions we suggest you join us this Thursday. THURSDAY FEBRUARY 16 6-8 PM HYATT PLACE LENEXA CITY CENTER RSVP or call 913 248 0108 Be our guest this Thursday even

THE EVOLUTION OF THE ALL-INCLUSIVE CONCEPT

THE FIRST ALL INCLUSIVE MARGARITAVILLE